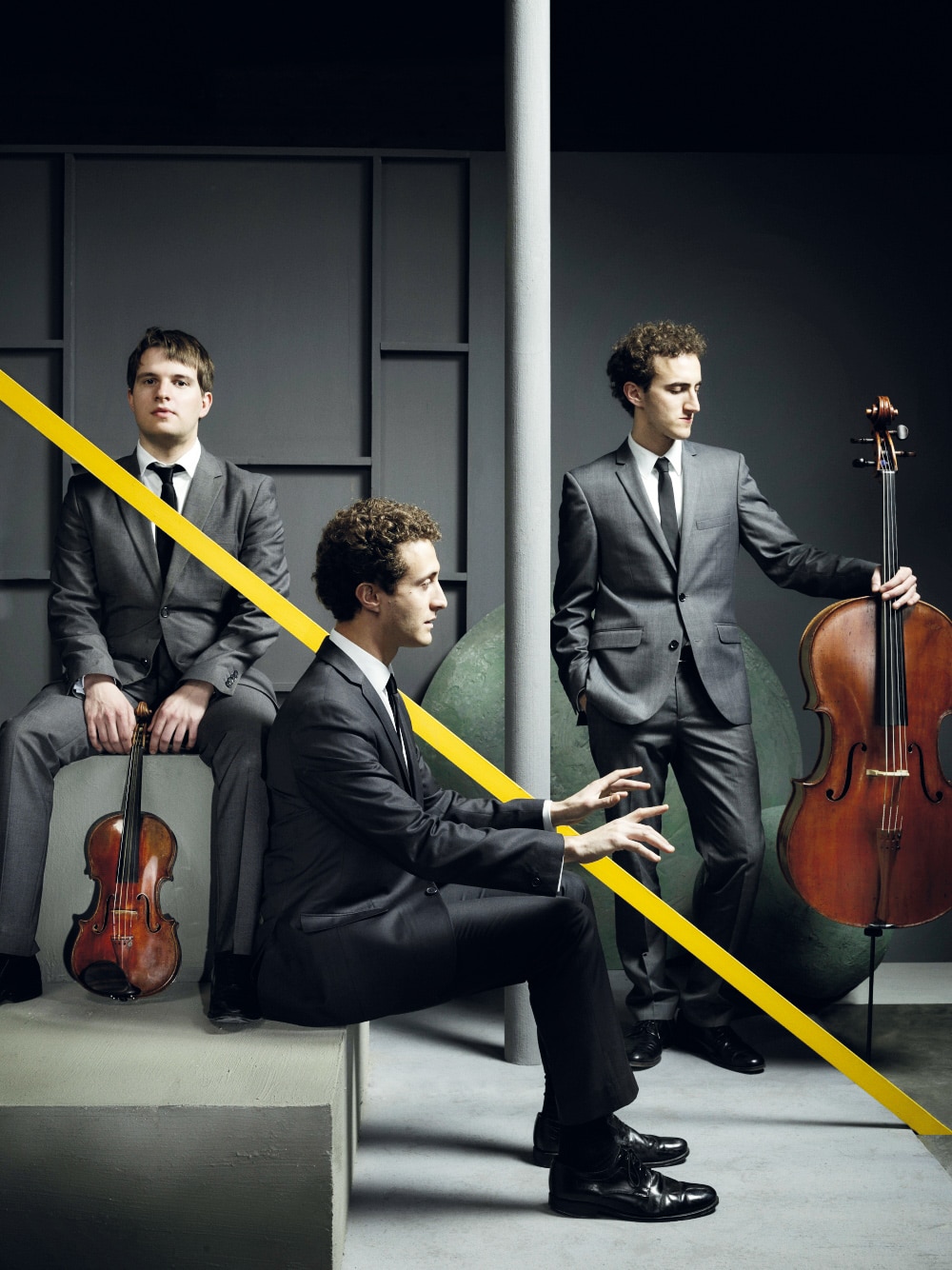 Named after the legendary violinist Adolf Busch, this young ensemble has become the leading English piano trio of its generation. As three independent soloists, Omri Epstein, Mathieu van Bellen and Ori Epstein have won prizes in international solo competitions and are graduates of leading English music schools and music institutions. Accompanied by their shared passion for chamber music and inspired by Mathieu’s violin „ex-Adolf Busch“ J. B. Guadagnini (Turin, 1783), they have been celebrating successes ever since and reaping recognition for their „indescribable expressiveness“. Since its foundation in 2012, the trio has been a regular guest on important stages and festivals throughout Europe. His debut at the Wigmore Hall was highly praised by the press: „… what impressed most was the effortless musicality of the trio.“ (The Times). With the label Alpha / Outhere, the young trio has started a long-term collaboration, in the framework of which a series of 4 CDs with all the chamber music of Dvorak for piano and strings will be released. After two CDs with piano trios and quartets, both of which have received enthusiastic press coverage, the third with piano quintets Dvoraks has recently been released together with the violinist Maria Milstein and the violist Miguel da Silva. The three CDs were voted CD of the week by various radio stations across Europe. In 2016, the ensemble was awarded the most important music prize in the Netherlands, the Kersjesprijs. The winners of the Royal Overseas League Competition 2012 were also able to win further prizes in international competitions in Germany, Great Britain and Italy. The trio emerged from the Festspiele Mecklenburg-Vorpommern last year as NORDMETALL Ensemble Prize Winner 2018. The trio was promoted by renowned artists such as Eberhard Feltz, András Schiff and the Artemis Quartet and was ensemble in residence of the Queen Elizabeth Music Chapel in Brussels. In recent seasons, the trio have been touring China, as well as Germany, France and the US, where the Washington Post highlighted their „workable maturity“ at their Phillips Collection concert. The trio often collaborate with the Warsaw Symphony Orchestra and Karina Canellakis, with whom he has performed Beethoven’s Triple Concerto, among others. Other concert partners are important musicians such as Michael Collins, Bruno Giuranna, Gregor Sigl and Miguel da Silva, who also participated in their recording of the piano quartets Dvoraks. The trio performs regularly at all major radio stations in Europe. The highlights of the upcoming season include concerts in the Konzerthaus Berlin, the Bonn Schumann House and the London Wigmore Hall, at the Mozart Festival in Würzburg as well as in the Amsterdam Concertgebouw, the Heidelberger Frühling, the Liederhalle Stuttgart, a tour through the USA and the release of the entire Dvorak – Recording under extensive media accompaniment (mezzo, arte, etc.) 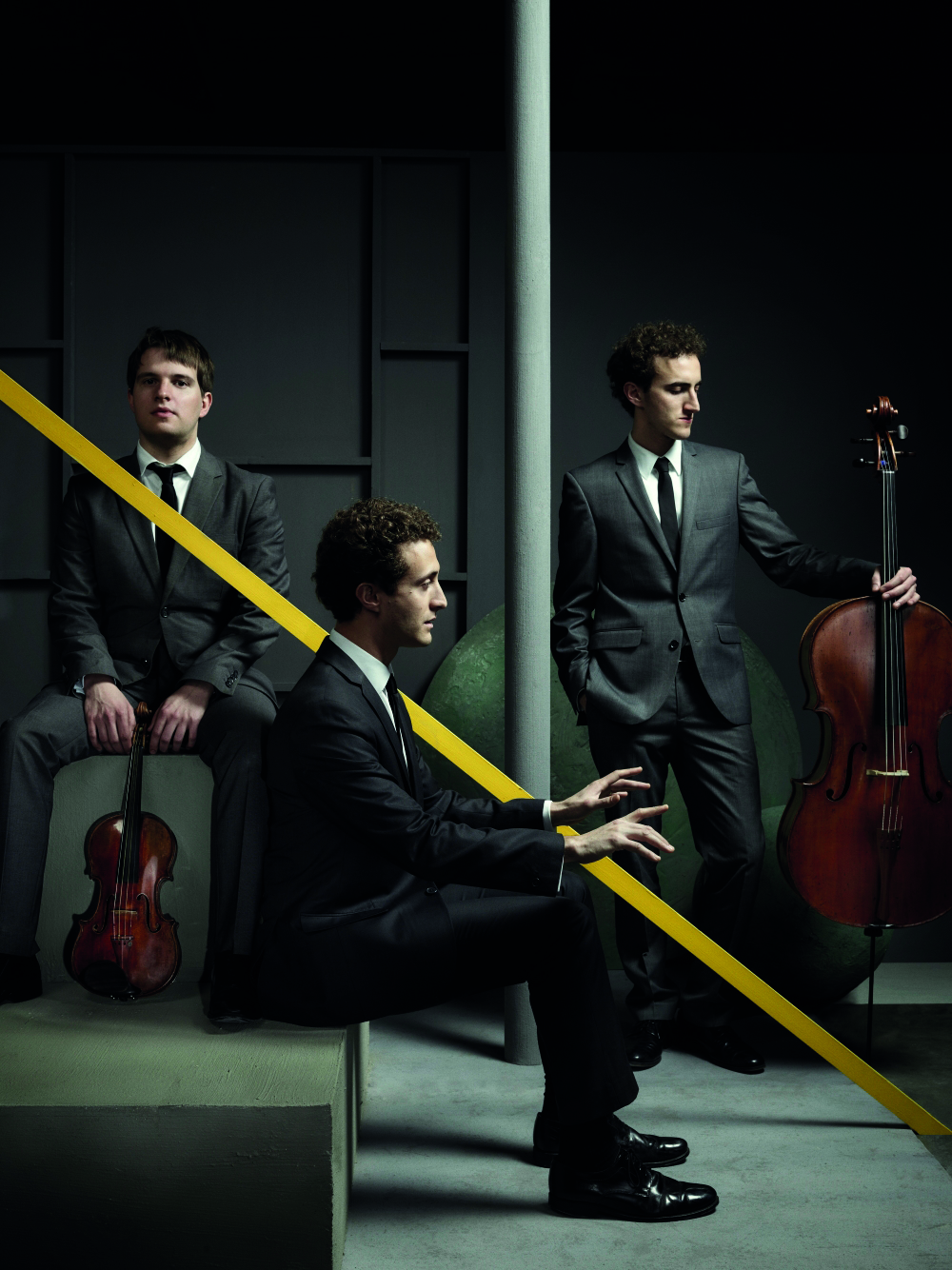